What Causes Seizures in Babies? 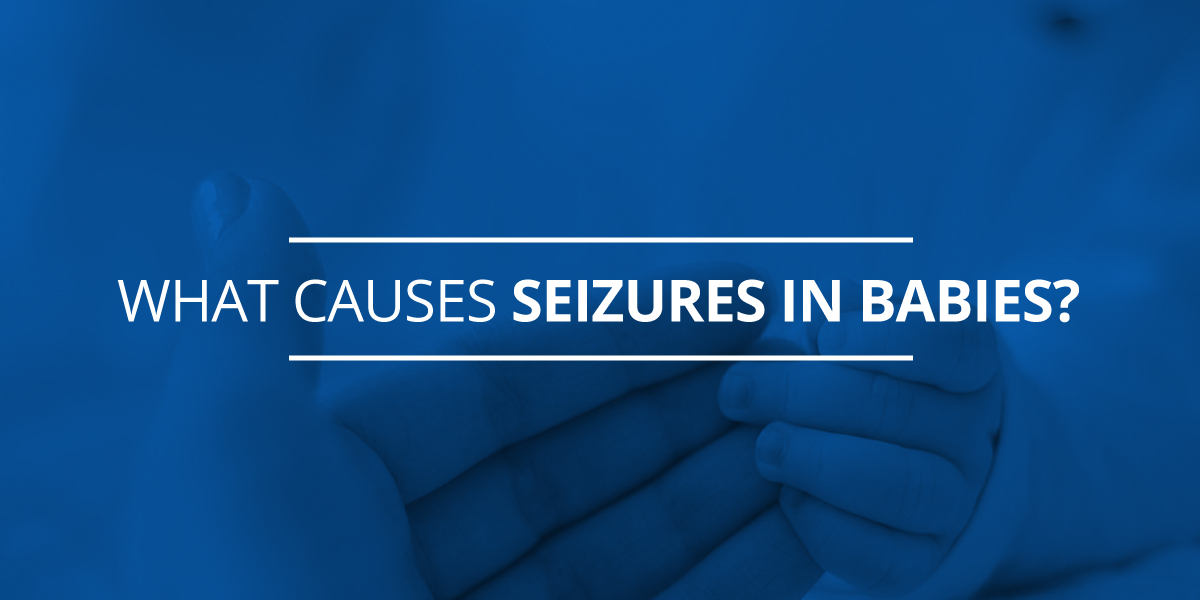 The brain controls how we think, how we move, what we see, hear, feel and automatic bodily functions, such as breathing, digesting and heartbeats. As I explained in this article, your baby’s brain is like the world’s most complex telephone system, transmitting messages and instructions (in the form of electrical impulses) from brain cell to brain cell and then to other parts of your baby’s body.

When there is a sudden disruption in the electrical impulses in your child’s brain, it can cause changes in behavior, movements, actions or consciousness for short periods. These changes are called seizures.

Within this complex organ, brain cells communicate by means of tiny bursts of energy or electrical signals. A seizure occurs when a group of brain cells (called neurons) has a sudden, erratic electrical discharge. What type of seizure your child has depends on where the discharge begins in your baby’s brain.

Common causes of seizures are:

What Happens When Your Newborn Baby Has Seizures?

If your baby has seizures shortly after being born, this may indicate that a birth injury has occurred during labor and delivery. These seizures are called neonatal seizures and maybe the first clinical sign that your child sustained a birth-related brain injury.

How Did Your Child Sustain a Brain Injury?

Most neonatal brain injuries are caused by a lack of sufficient oxygen reaching your unborn child’s brain during or near the time of birth. The deprivation of oxygen can be due to a decreased oxygen uptake in the baby’s blood or decreased blood flow to the brain.

Additionally, meningitis, intracranial hemorrhages, which are brain bleeds can cause injury. This kind of brain injury due to oxygen deprivation is called hypoxic ischemic encephalopathy (HIE).

The umbilical cord carries blood (containing oxygen) to your baby. If there is any interruption in the blood flow through the umbilical cord, it can potentially cause HIE.

However, by far the most common occurrence during pregnancy is the Nuchal cord complications. According to the United States’ National Institute of Health, nuchal cords happen in around 20% to 30% of pregnancies.

Sometimes the cord may loop around the baby’s neck more than once. This can increase the likelihood of the baby suffering from brain injury or death especially if it is not discovered in time.

Labour that goes on for more than 18 hours (16 hours for twins) is considered to be prolonged. Prolonged labor poses serious risks for both mother and baby. Difficulties with breathing, low or absent heart rate, are associated with conditions that cause brain injury due to the failure to provide enough oxygen to the brain of the child.

Forceps are a medical instrument that can be used by a doctor to help deliver a baby when assistance is needed during vaginal delivery. Forceps grip the head of the baby to help the doctor pull and guide the baby out of the birth canal.

Usually, a doctor may inform the mother of the option to either use forceps or vacuum or cesarean section if the doctor deems there is a complication arising in the lead up to the baby’s birth. The decision is commonly time-constrained and it is good practice for a doctor to have a surgical team on standby before attempting a forceps procedure. Failure to do so may pose an added danger to both mother and child which can cause death or serious long term disability and brain damage.

Diagnosing Seizures in Your Newborn Baby

Some methods of diagnosing seizures that doctors will use are:

Did My Baby Have a Birth Injury?

The most important thing to remember is that if your baby suffered seizures shortly after birth that is evidence of a brain injury.

If your newborn baby is experiencing seizures or signs of brain injury, and you have reason to believe your doctor had not strictly followed the standards of care owed to you and your child during or prior to the birth, you may have a birth trauma case. It is important to know that, in some cases, birth injuries causing seizures may have been preventable. Sometimes the injuries can result from negligence during labor and delivery.

At McKiggan Hebert, we understand the complexities and nuanced nature of birth injuries and their effects on a young family in the long term. If you have a child who has seizures due to a brain injury that you think may have been caused by medical malpractice or negligence, call us at (888) 510-3577 or toll-free at (888) 510-3577 or fill out our online contact form. There is no charge for the consultation and case evaluation.