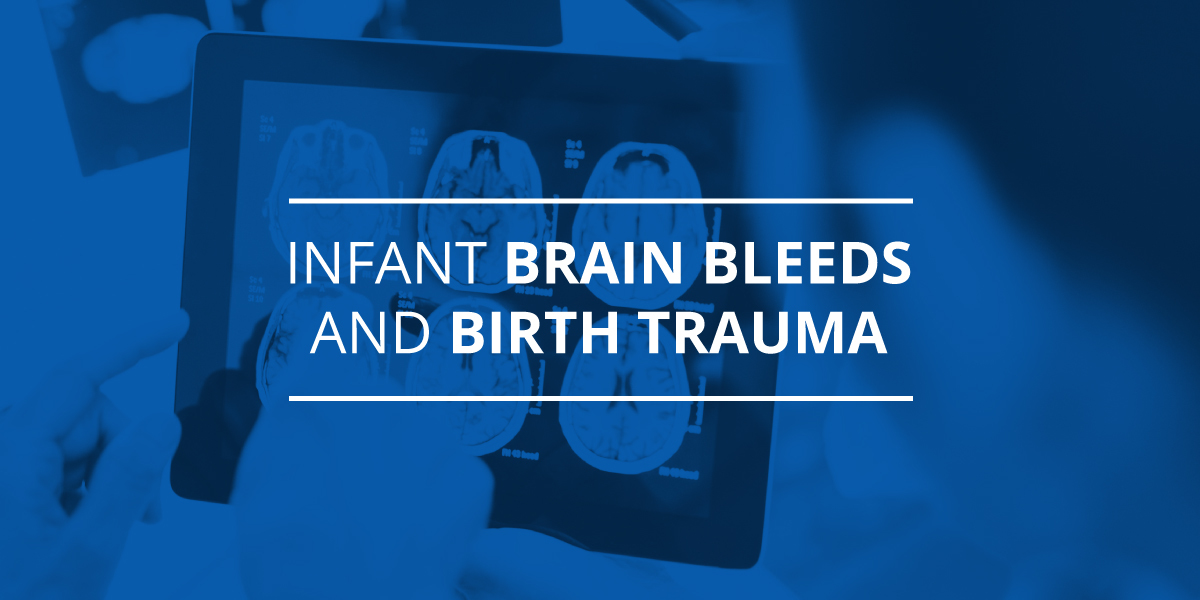 In 2008, eleven-year-old Cassidy Ediger sued Dr. William Johnston, obstetrician and gynecologist for damages that were caused by injuries during her birth at Chilliwack General Hospital in British Columbia. Young Cassidy suffers permanent brain damage resulting from deprivation of oxygen in the lead up to her birth when Dr. Johnston unsuccessfully attempted to use a rotational forceps procedure to assist the delivery. This failed attempt caused Cassidy’s heart action to slow down until she was delivered by cesarean section and resuscitated eighteen minutes later.

In cases of birth trauma that cause brain injury the court must determine 4 issues:

Once a court has established or concluded that a medical practitioner had failed to meet the appropriate standard of care, the court will question whether the failure was the cause of the brain injury suffered by the child. Generally, the court will use the “but for” test.

The “but for” test seeks to determine that but for the failure, would the injury have occurred? Where the “but for” test is impractical, causation may be determined where the medical practitioner’s negligence “materially contributed” to the occurrence of the brain injury.

Did the Physician Breach the Standard of Care?

In the case of Ediger v. Johnston above, the court determined that risks must be foreseeable. But doctors are not required to foresee a specific risk. Rather, it is enough for the court to fix liability if one can foresee the risk of an injury in a general way. Therefore, the physician caring for Cassidy and her mother didn’t need to foresee precisely that the procedure taken by Dr. Johnston would cause the heart to slow. It was enough that the risk of the procedure, in general, might cause serious harm to a fetus.

Additionally, after Dr. Johnston had decided to abandon the procedure and call for a cesarean section, the court found that the anesthetist on duty was unavailable as he was attending to an urgent “life or death” situation within the hospital. There was no other anesthetist on-call within 20-30 minutes of the hospital, which further increased the risk of permanent brain damage. While guidelines set in the Society of Obstetricians and Gynaecologists of Canada (the SOGC) do give hospitals the discretion to adapt protocols of having a back-up surgical team on standby based on each hospital’s particular circumstances, Dr. Johnston should have taken steps to ensure that his anesthetist was available before carrying out the procedure.

Did the Negligence Cause the Birth Injury?

Based on medical evidence, prolonged deprivation of oxygen due to the slowing of a heart or other complications such as obstruction of an umbilical cord can cause hypoxia that in turn may cause permanent brain damage. The court had to determine whether the actions of the doctor caused the hypoxia, or whether the brain damage was caused by a complication independent of the procedure carried out by the physician. In Cassidy’s case, the “but for” standard proved that Dr. Johnston’s negligence caused the harm sustained.

Dr. Johnston argued that he did not mention the risks of the procedure out of kindness to Mr. and Mrs. Ediger who were going through the already traumatic circumstances of childbirth and were exhausted. The court determined that however well-intended and compassionate Dr. Johnston was, modern law required that physicians must disclose risks and alternatives to ensure a patient may make an informed decision. Therefore Dr. Johnston had proceeded with the procedure without Mrs. Ediger’s, and by extension, the fetus’ informed consent.

Today Cassidy suffers from cerebral palsy. She lacks motor control and cannot speak or eat normally. She is tube-fed and because of limited mobility, she is confined to a wheelchair. Cassidy is almost always dependant on others for all her daily needs. She will need therapy and the use of equipment to aid her throughout her life. While Cassidy has a devoted and supportive family and community, she is not expected to live beyond the age of 38.

Birth injuries can occur from complications leading to labor. But sometimes the injuries can result from negligence during prenatal medical care. At McKiggan Hebert, we understand the complexities and nuanced nature of birth injuries and their effects on a young family in the long term. If you have a child who suffers from brain damage that you think may have been caused by medical malpractice or negligence, call us on (888) 510-3577 or toll free at (888) 510-3577 or fill out our online contact form.